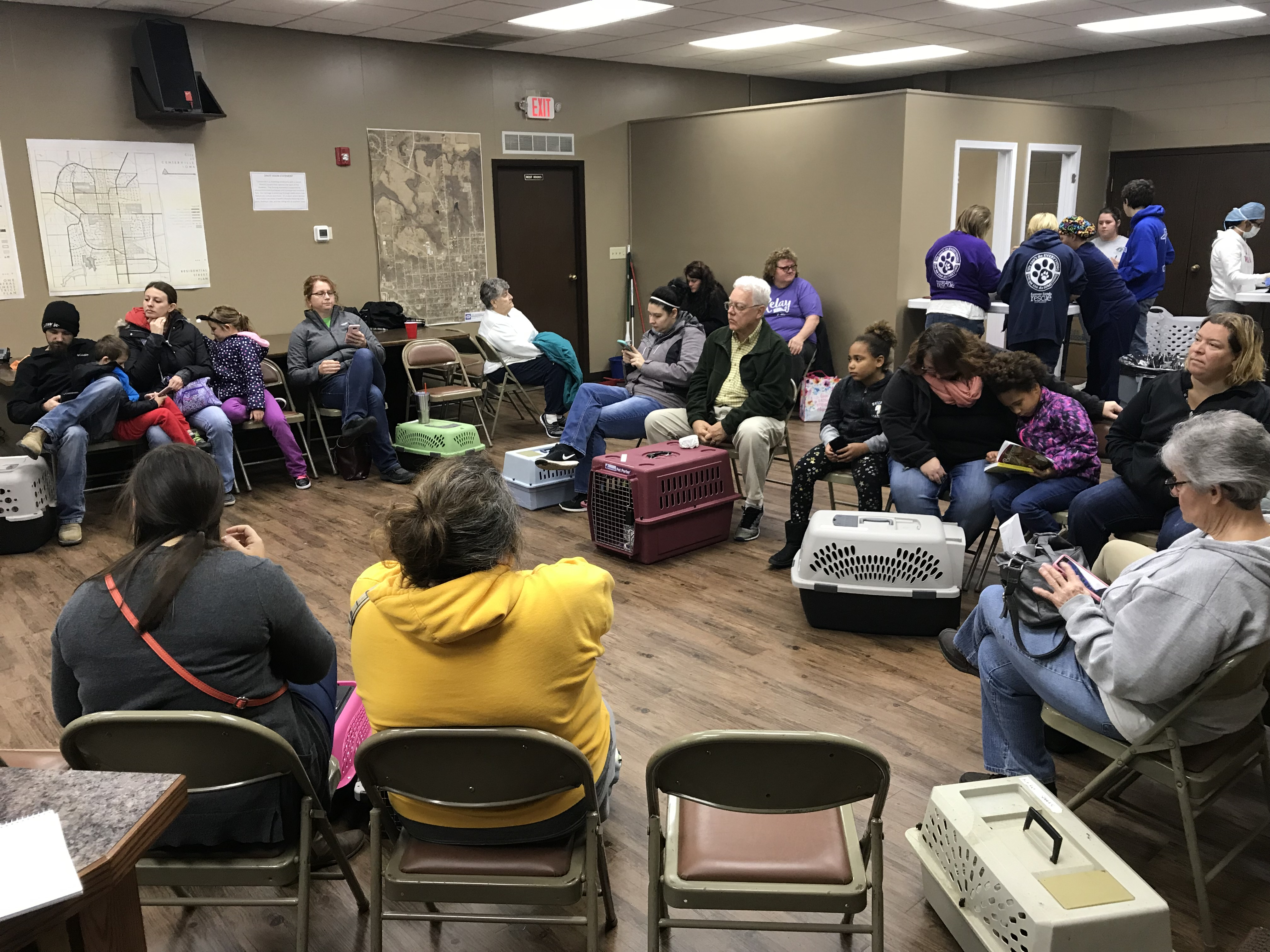 People wait at Centerville City Hall for their pets to be spayed and neutered.

Furever Friends Rescue of Appanoose, Inc. was able to partner with Parkside Animal Hospital in Centerville to put on a low-cost spay/neuter clinc for the residents of Appanoose County on Nov. 3, 2018.

The event was also a fundraiser for Furever Friends Rescue, with the organization receiving all the proceeds brought in from each spay and neuter. The total raised for the group was $1,650 thanks to the efforts of Parkside Animal Hospital staff, Furever Friends Rescue members and numerous other volunteers.

Dr. Anthony White proposed the clinic and his staff was on hand all day to help the event run smoothly. Dr. White also recruited two other veterinarians to help out with the clinic, Dr.  Pam Sessions and Dr. Pete Lasley. Volunteers included not only the doctors and Parkside staff, but Furever Friends Rescue board members and supporters as well as several students from Centerville High School and other community members.

Surgeries began at 8 a.m. and continued until the evening. In total 37 cats and 19 dogs were served, although sadly some had to be turned away due to time constraints. The event was held at Centerville City Hall which provided a great space for pet parents to wait as surgeries were completed and their pets recovered.

All in all, the event was a great success for both the pets of Appanoose County and Furever Friends Rescue! For more information on the clinic and more photos check out the Daily Iowegian’s story.